Can Children Get Gum Disease?

The oral health condition called gum disease is incredibly common among Canadian adults, but many people are unaware that children can also be affected by gum disease. Here, our Burlington dentists explain how this occurs and what can be done to prevent it.

What is gum disease?

Gum disease, also known as periodontal disease, is an infection of the oral cavity that affects not only the gums but also the teeth, and in severe cases, the supporting jaw bone.

When it comes to gum disease, gingivitis is the earliest and mildest stage. It is also the form that is most commonly occurring in children.

What are the causes of gum disease?

When plaque builds up in the mouth as a result of poor oral hygiene, gum disease occurs, which is a common problem in children. Plaque is a sticky film that forms on the teeth when bacteria is not removed from the mouth on a regular or sufficient basis. Tartar will form as a result of the accumulation of plaque on the teeth, which will then infect the gums, causing them to become red and swollen.

There are still some other causes of gum diseases that children aren't necessarily immune to. Mouth-breathing, for example, is a cause of chronic dry mouth which can lead to the development of gingivitis if not properly handled. Furthermore, a diet that is full of starches and sugars won't give your body enough of the nutrients it needs to strengthen and maintain your gums and teeth, increasing the risk of gum disease in children.

Hormonal changes, especially during puberty, also come with an increased risk of gum disease. This is because blood flow is increased due to hormonal imbalances. This imbalance can create sensitive gums and teeth, which are in turn more susceptible to plaque and food particles.

What are the symptoms of gum disease?

Gum disease can show itself in a variety of ways depending on where it is in its progression. While the earliest symptoms of gum disease are relatively mild, they are still uncomfortable and inconvenient as well as a warning sign of more serious problems that may arise in the future.

Early symptoms of gum disease tend to include:

If gum disease is allowed to progress unchecked and untreated, it will eventually manifest itself in more severe symptoms.

Advanced symptoms of gum disease tend to include:

Gum disease can be prevented in both children and adults with a few simple steps. It probably won't come as a surprise to learn that maintaining good oral hygiene is essential in preventing gum disease from developing in the first place!

An effective oral hygiene routine at home, as well as regular dental visits for cleanings and examinations, are essential components of good oral health.

We encourage you to contact our Burlington dentists today to schedule an appointment if you would like additional information on preventing gum disease in children. 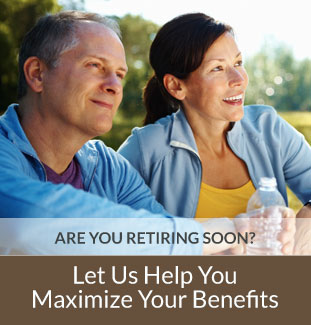 From the Clarmain Dental Centre Team:

Treat Yourself to a healthy smile.

Please contact us to discover your personal oral health solution.